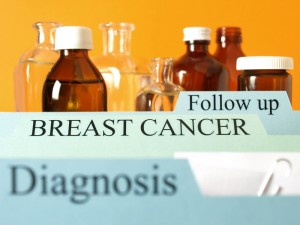 A new study entitled “Hypoxia-inducible factors are required for chemotherapy resistance of breast cancer stem cells” highlights the potential of administrating hypoxia-inducible factors (HIFs) inhibitors with chemotherapy to improve triple negative breast cancer patient survival. The study was published in the journal Proceedings of the National Academy of Sciences.

Triple negative breast cancers (TNBCs), which account for approximately 20% of all breast cancers (in African-American women are responsible for 30%), are characterized by the lack of three major receptors – estrogen receptor (ER), progesterone receptor (PR), and human epidermal growth factor receptor 2 (HER2+) – that render tumor cells susceptible to standard chemotherapy. Thus, while ER/PR+ cancers and HER2+ cancers are treated with receptor targeted-chemotherapy, the treatment applied to TNBCs is restricted to cytotoxic chemotherapy with an effective response in the long run inferior to 20%.

Notably, TNBCs are enriched in a subpopulation of cells – breast cancer stem cells – that are responsible for tumor resistance to chemotherapy and are major contributors to tumor metastasis. Additionally, TNBCs are characterized by induction of gene clusters under the regulation of hypoxia-inducible factors (HIFs). Since HIFs were previously reported to enhance chemotherapy resistance, the authors hypothesized whether blocking their activity would rescue cancer cells’ susceptibility to chemotherapy.

The team showed that treating three different triple-negative breast cancer cell lines with chemotherapy drugs – paclitaxel or gemcitabine –induces the expression of HIFs, both at the mRNA and protein level. This induction is accompanied by an increased percentage of breast cancer stem cells.

In agreement with their role in chemotherapy resistance, the authors discovered that HIF enhanced breast cancer stem cells’ survival by inducing the expression of the multidrug resistance protein 1 (MDR1) – responsible for the efflux of chemotherapy cytotoxic agents out of the cells.

By genetically reducing the levels of HIFs in cancer cells, the authors observed that breast cancer stem cells became responsive to chemotherapy, and upon treatment with the HIF inhibitor digoxin, MDR1 protein expression was significantly reduced.

To test their findings in vivo, triple-negative breast cancer cells were implanted into mice and the tumor was left to grow (volume of 200 mm3). At this time, mice were co-treated with both HIFs inhibitor digoxin and the chemotherapy agent paclitaxel for 12 days, which resulted in a significant decrease in tumor mass, when compared to treatment alone, either with digoxin or paclitaxel.

Thus, the authors highlight that future clinical trials should test the combination of chemotherapy agents with HIFs inhibitors, such as digoxin (which was previously approved by the U.S. Food and Drug Administration for heart failure treatment) to improve overall patient survival.