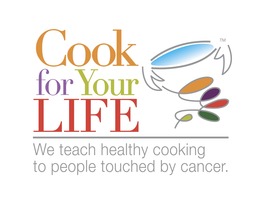 A team of investigators at Columbia University‘s Mailman School of Public Health collaborated with Cook for Your Life (CFYL), a non-profit source of recipes, nutrition tips, and meal ideas for cancer patients and survivors, based in New York City, to carry out a health intervention for Hispanic breast cancer survivors. Participants attended the ¡Cocinar Para Su Salud! training program, and received follow-up visits to evaluate the intervention’s efficacy in affecting positive changes in nutrition and lifestyle, versus the standard dietary information pamphlet. The study, “¡Cocinar Para Su Salud!: Randomized Controlled Trial of a Culturally Based Dietary Intervention among Hispanic Breast Cancer Survivors” is published in the Journal of the Academy of Nutrition and Dietetics.

The American Cancer Society recommends a daily intake of 5-9 servings of fruits and vegetables to help keep cancer at bay, but it is estimated that only 18% of breast cancer survivors are able to meet the Society’s recommended intake. The numbers are even lower among women of lower socioeconomic standing, which was noted in the study’s sample of Hispanic breast cancer survivors in New York City.

Thanks to CFYL’s intensive and practical lessons, those who attended the program were able to increase their intake of fruits and vegetables by over 2.5 servings a day, amounting to an average improved intake of 6.8 servings per day.

CFYL was founded by Ann Ogden-Gaffney, a two-time survivor of kidney and breast cancer. With its culturally-sensitive ¡Cocinar Para Su Salud! program, Latina survivors who are overweight/obese, physically inactive, and of low socioeconomic status are equipped with the necessary knowledge and skills to take control of their health.

“Many of the women who took part in the study are first-generation immigrants from Spanish-speaking Latin American countries who live in disadvantaged communities and do not have a lot of extra income to spend on food,” Heather Greenlee, ND, PhD, an assistant professor of Epidemiology, and lead author of the study said in a news release.

New York-based Hispanic women diagnosed with Stage 0 to III breast cancer, who have completed adjuvant treatment at least 3 months before participating in the study, were randomly assigned to either the intervention or control group. The intervention group (n=34) was asked to attend CFYL’s program for nutrition roundtables, cooking classes, and food shopping field trips, while the control group (n=36) was given a set of written dietary instructions for breast cancer survivors. The researchers then compared dietary changes from the data obtained from both groups, and assessed the degree of change using 24-hour dietary recalls. The majority of the study’s participants report having participated in the Supplemental Nutrition Assistance Program (SNAP) and had annual household incomes under $15,000.

While the study did not include weight loss as a parameter to assess the program’s efficacy in affecting dietary changes, the researchers still found it relevant to report the women in the intervention group lost an average of 2.5% of their body weight, while those in the control group gained 3.8%.

“Many people say that it is too hard to get people to change their diets and to maintain the changes over time. Our study proves the naysayers wrong,” added Dr. Greenlee. “Dietary change programs that provide individuals with the knowledge and skills needed to achieve and maintain change can and do work.”