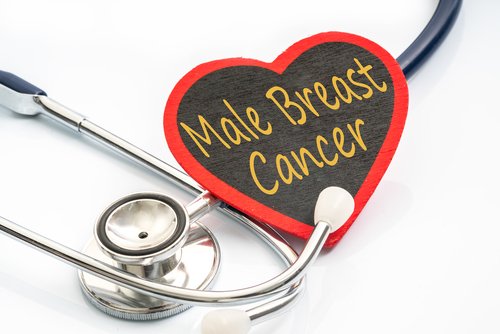 The proteins eIF4E and eIF5 are involved in male breast cancer (MBC), and are biomarkers of a poorer disease prognosis, according to researchers at the University of Leeds in England.

Most people see breast cancer as a disease that affects women, but men can also develop it, although at a much lower incidence.

Standard care for women and men with breast cancer is the same. But studies have indicated that MBC has different underling genetics and protein expression than breast cancer in women. This suggests that therapies for treating women may not be the best for treating men.

They found eIF4E and eIF5 overexpressed in MBC samples. An evaluation of nearly 700 MBC samples confirmed the initial finding.

“We screened breast tumors from hundreds of men to find out if their tumors expressed these proteins, and we found that a significant proportion of the men we tested had higher levels of these proteins,” Matt Humphries, the lead author of the study, said in a press release.

Importantly, the authors discovered that increased levels of these proteins were associated with a poorer prognosis. Patients with higher eIF4E and eIF5 levels were 2.66 times more likely to die of the disease than patients with lower levels.

Treating an MBC patient with a combination of dactolisib, a PI3K inhibitor, and Afinitor (everolimus), which is an mTOR inhibitor, reduced the expression of eIF4E and eIF5 in tumor samples, researchers found.

“Finding out whether existing drugs could target the proteins identified in this study could open up the possibility of improving treatment for some aggressive male breast cancers,” said Baroness Delyth Morgan, chief executive of Breast Cancer Now.

The results of the study suggest that simple tests to assess eIF4E and eIF5 levels could help doctors adjust treatments and improve outcomes for MBC patients.

“It’s crucial that men are aware of the signs and symptoms of breast cancer so they are diagnosed at the earliest possible stage, but also that they are able to receive treatment that is tailored to their specific disease,” said Kathryn Scott, interim chief executive at Yorkshire Cancer Research.